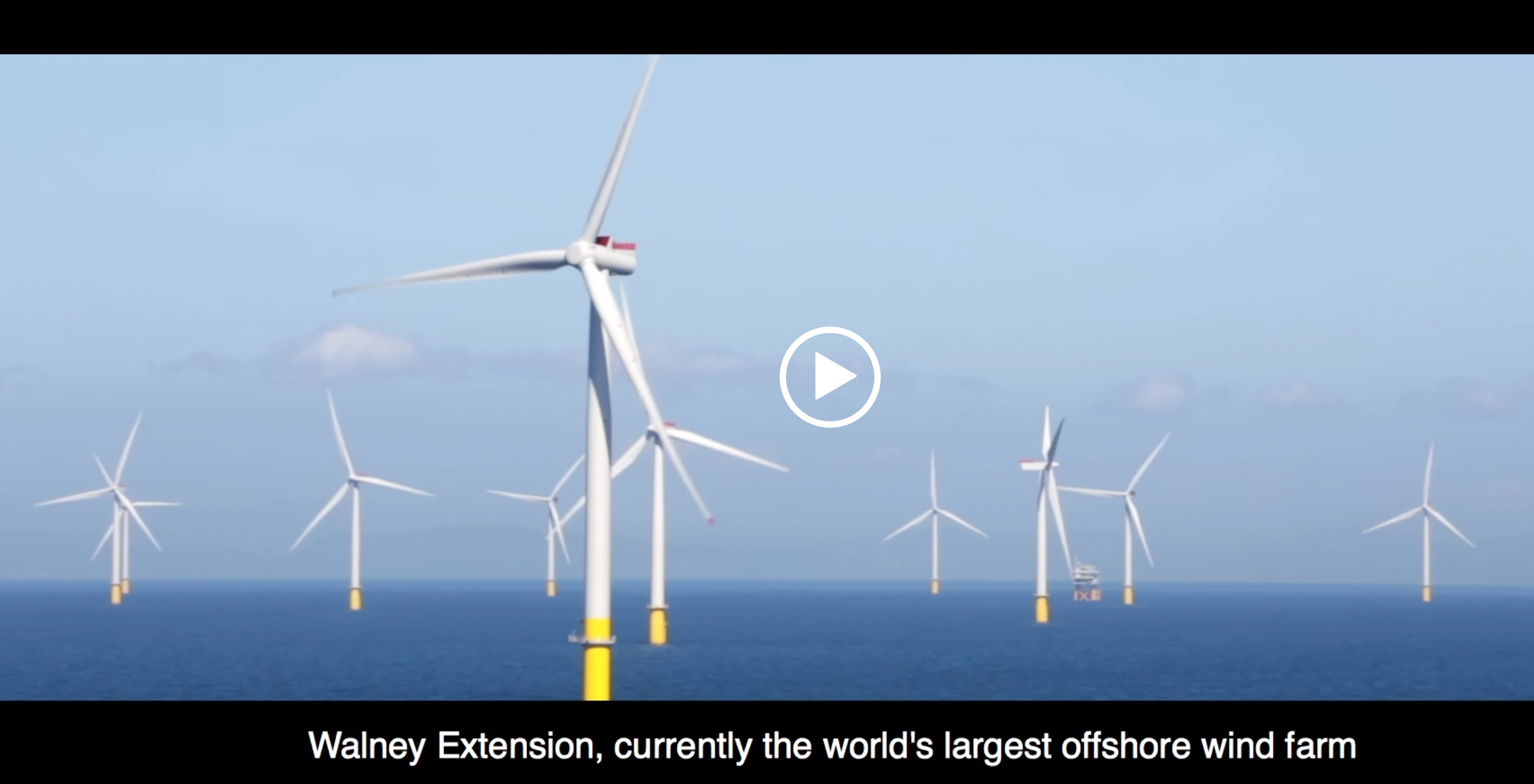 In September 2018, the world’s largest operational offshore wind farm, Walney Extension, opened in The Irish Sea. Walney Extension, which is owned by Ørsted and its partners PFA and PKA, is the first project to use wind turbines from two different manufacturers.

The size of the wind farm is equal to 20,000 football pitches

The completion of Walney Extension brings Ørsted’s total capacity operating out of Barrow up to 1.5GW. Ørsted’s ongoing operations and maintenance activities will support more than 250 direct jobs in the region.

About the offshore wind turbines at Walney Extension